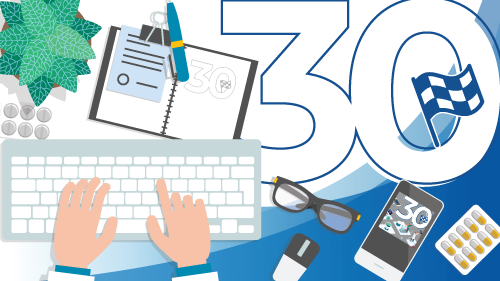 In part 1 last week of our series on the NCPDP’s new standard for ePrescribing, which becomes effective January 1, we talked about the many new fields contained in version 2017071. In this second installment, we explore the standard’s new two-way communication possibilities. Although all these advantages may not be fully up and running on both side of the e-prescribing network yet, we want to keep you informed about the new standard’s intended benefits – so read on.

To keep your pharmacy system compliant, Integra first had to be prepared to update the existing SCRIPT version 10.6 message types to use the new version. The message types available today are NewRx, Refill Request, Refill Response (now known as Renewal Request/Response), and CancelRx. NewRx is the most commonly used message type, and it allows the prescriber to send a prescription electronically to the pharmacy. This may or may not include electronic prescriptions for controlled substances (EPCS) since it varies by prescribing system and whether the prescriber is using EPCS.

But the new standard includes some new message types. The ones we’re looking forward to most are RxChange, RxFill, and NewRxRequest.

The goal? Less phone tag with prescribers
Currently, if you have a question, you or your staff have to call the prescriber to request information. Speaking to someone on the first call is the exception, not the rule, and you usually have to wait for them to call back. If they had the answers immediately, that would help the process move forward, but in the real world, that rarely happens. Compounding the wait, the staff most likely has to run down the answers and call you back, again. Even if the process only takes a few minutes, time is money, and this can turn into a costly process if you have to repeat it multiple times a day.

It’s important to remember that new functionality in the ePrescribing standard depends on implementation by both sides of the Surescripts® network. But happily, with the new SCRIPT Standard, it’s possible for more information to be included on the e-prescription when it is sent to the pharmacy – and if it isn’t included, you will be able to request it electronically and get back to work filling prescriptions or counseling patients.